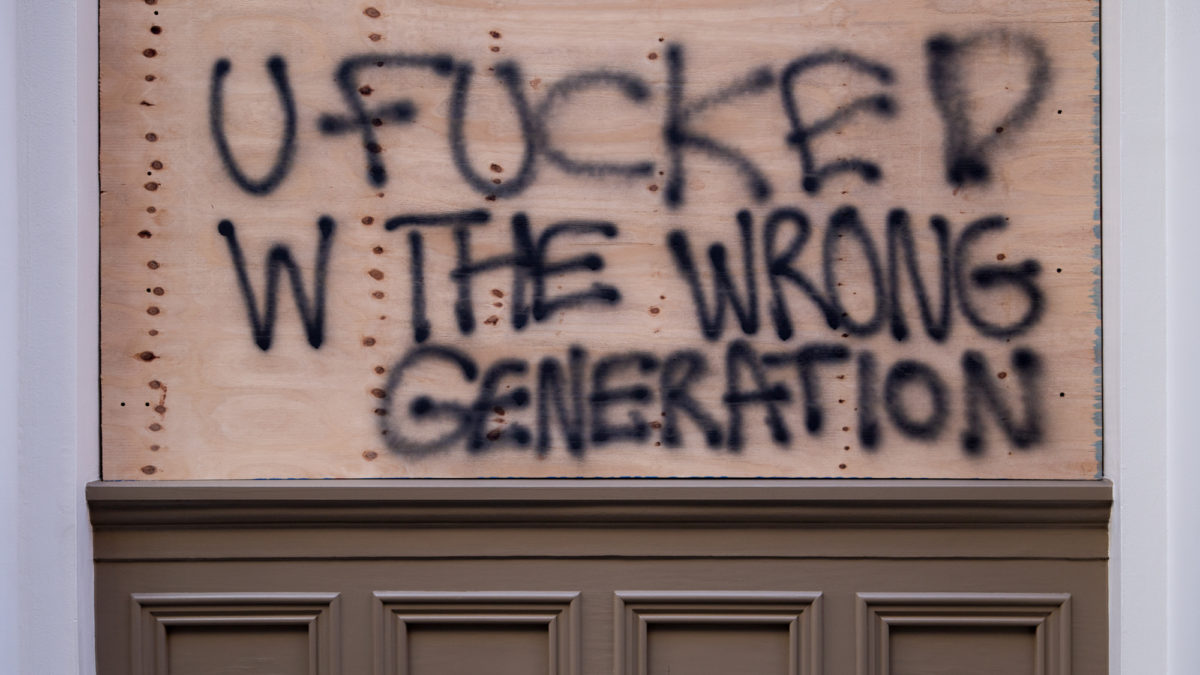 Closed – When New York City goes to sleep, all you have to do is stop and watch.

The pandemic, the shutdown, the fear of economic crisis, the growing unemployment rate and then the barricades. Barricades that became (or becoming) the new urban landscape. Barricades as a representation and expression of a unique historical moment and a New York City we have never seen before.

Tommaso Sacconi is a photographer born in Rome. He lives in Brooklyn and has spent the lockdown in constant research and observation of New York City events. An attentive eye that has been able to return the images of these months in a delicate yet extremely unconscious, blatant, violent narrative order.

Tommaso walked around the city, stopped to observe it. Now, he leads us to stop for a moment, to look for the stories that his skyscrapers, his cathedrals, have witnessed. It is the shop windows of New York that tell us everything, that make us imagine every moment.

Windows that have been covered by plywood boards. Barricades nailed each other by the fear of the desperate reactions of those experiencing this new crisis on their skin.

Barricades to secure objects and material goods. To secure the perception of something precious and that, in fact, now we may have understood to be not so indispensable.

The plywood cut perfectly to cover the surface of the shop windows suffers its counterbalance. The fact that it is a piece of compressed sawdust that covers a luxury store makes it almost courtly. This, until it is soiled by real life, by what happens in the street and not inside the window.

Colour, rebellion, hopes, challenges. A new story changes the scenery of New York. It tells us how we went from a sterile moment far away from our being human, to an instant in which we feel drawn into it precisely because we are human beings.

What explodes on the barricades concerns us. We cannot ignore them.

Tommaso started taking pictures of the barricades on March 20th. In those days the high fashion shops in Soho are preparing themselves for the worst by barricading the windows, as they usually do before hurricanes.

They follow the shops on Fifth Avenue. Covid-19 has hit New York: the statistics are dramatic, the city is deserted and no one can predict the timing for the reopening.

At the end of May, with the protests following George Floyd‘s death at the hands of the police, all businesses are running for cover. Every shop window in Manhattan is barricaded. The city is unrecognizable.

The barred windows have undergone several changes before disappearing with the reopening of stores. Somehow, they have become diaries of these months.

Initially clean, untreated and all the same. Some shop windows were painted plain, almost as if to make them more elegant. Louis Vuitton painted his in orange, Fendi and Jimmy Choo in black, Dior in beige.

In the meantime, graffiti pop up and the first writings about the pandemic: Stay home, New York tough, Rent is too high.

At the end of May some woods are torn and some shop windows broken: these are the first days of protests. Artists began to express themselves more and more, leaving traces of their work on the wood.

First we read messages of anger towards the police and tributes to victims like Say their names, BLM, Defund the Police. Finally, messages of hope: Working for a better future and many other expressions that are constantly covered with dark paint.

Today, many activities have reopened but there are still many barricades and signs covering the shops. Many have not been able to resist. 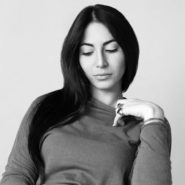